Looking After Your Soil

For all the knowhow one might have when it comes to choosing what to grow in the garden, it matters just as much, if not more so, what you’re trying to plant it in. The type of soil available has an immense impact on what can be grown reliably if at all in any particular garden and figuring out which kind of soil they have is a common source of aggravation for many gardeners. Fortunately help is at hand with Accent’s easy rundown of the main soil types and how to identify them:

Sandy:  Also known as “Light soils”, Sandy soils have a gritty texture due to the size of the particles making them up. This makes it fairly easy to identify by simply rubbing the soil between thumb and forefinger and checking for that gritty particulate texture, although a finer sandy soil will hold together to a point, they are usually quite dry and will not stick together. Sandy soils are good for the fact they rarely get waterlogged, a particularly desirable trait at the moment. Their large particles allow leave gaps in the structure of soil that allows water to flow through easily. The downside is that this means they dry out a lot faster in Summer and require a lot more watering than other soils, they also lack a lot of the basic nutrient content of other soils as they are washed away with the constant flow of water, leaving them often quite acidic. This last point can be helped by the addition of some organic matter, compost or manure that will help boost the natural nutrient content and help the soil retain some moisture.

Clay:    The “heavy soil” counterpart to sandy soils, clay soil is effectively everything sandy soil isn’t. The particles of a clay soil are very small and hold together very easily, giving clay it’s dense, sticky characteristics. Clay soil is easy to identify by taking some of the soil in hand and rolling it between your hands; if you can roll it out into a sausage shape then it is clay. Clay soil does have its problems often with waterlogging and the ease by which it can become compacted. Its close structure means it retains water very easily and can become cloddy and muddy with only small amount of rainfall, on the other hand in summer it can often bake hard to the point of cracking which can cause further problems. That said, that retention of water also means it retains all the nutrients that would otherwise have been washed out, making clay soil very fertile. Although sometimes unwieldy, clay soil can be made easier to handle by the addition of organic matter such as compost which will help break the densely bonded soil up into crumbs, giving it a little bit more drainage and allowing plants easier access to the treasure trove of nutrients held in the soil.

Silt:  Silty soil is a rarity in gardens for the same reason that it exists in the first place. Silt is soil washed down in rivers and streams often making up riverbeds. This natural form of filtration makes silty soil very fine and very fertile, allowing it all the nutritional value of clay soil without the dense and sticky effect. However, without that density and with a history of being washed along by water, silt based soil is very susceptible to being washed away by even the slightest downpour, making it a tricky and elusive soil to work with. Silty soil is quite distinctive and can be identified by the fine, soft nature of the soil. It has very small particles so is not gritty but neither should it clump together like clay, rubbing it between your fingers should feel quite powdery and even slippery. Silt is a good and rewarding soil to work with if you can hang onto it, something that can be helped by the adding organic matter to give it a little extra weight against being washed away.  Plants that like to keep their feet wet tend to thrive in these soil conditions such as the yellow flag iris.

Taxodium distichum is a great lover of silty banks

Loam:   The best of all worlds, Loam soils are a mixture of clay and sand that have the benefits of both. Tricky to identify since loam shares the traits of both clay and sand to a degree, the best way to be sure is to try out the methods for identifying sandy or clay soil and see if it falls somewhere in the middle. The trick is, sandy soil is very grainy and quite dry, clay, even well drained clay, is quite damp and very dense and sticky; if your sandy soil seems to be sticking together more than you would have expected, or your clay soil is a touch more crumbly than you would have imagined then chances are what you have is loam. By its very nature loam can be light or heavy depending where on the scale of sandy to clay it lays but the good news is that, whichever it is, it is a far better growing medium than the sum of its parts. With a loam soil you have the fertility of clay and the easy drainage of sand, it is easy to work, you can plant most plants in it happily and you won’t have to worry about it washing away the next time you water the roses. With the addition of a little organic matter you will have struck gardeners’ gold.

Chalk:  Now this is the curve ball of the group. Although having chalk soil is by no means a disaster it is a decidedly tricky thing to work with. Often it may appear to be sandy soil or even have a little clay in it but if while digging you come across a lot of soft white stone (more of a giveaway if said stone is chalk, though it could also be limestone) then that is a good sign of chalky soil. The gold standard test for chalky soil is actually to take a pinch of the soil and drop it into a little pot of vinegar. This is because chalk soil is rich in free calcium carbonate which, if dropped into vinegar, will begin to froth and bubble as the acid in the vinegar reacts with it. It is this free calcium carbonate that makes chalk soil incredibly alkaline, and therefore useless for any plant that requires an acidic environment. This is not as bad as it sounds if you steer clear of ericaceous plants such as heathers and rhododendrons that need an acidic soil, and instead focus on plants that thrive in an alkaline environment such as lavender, rudbeckia and delphiniums. 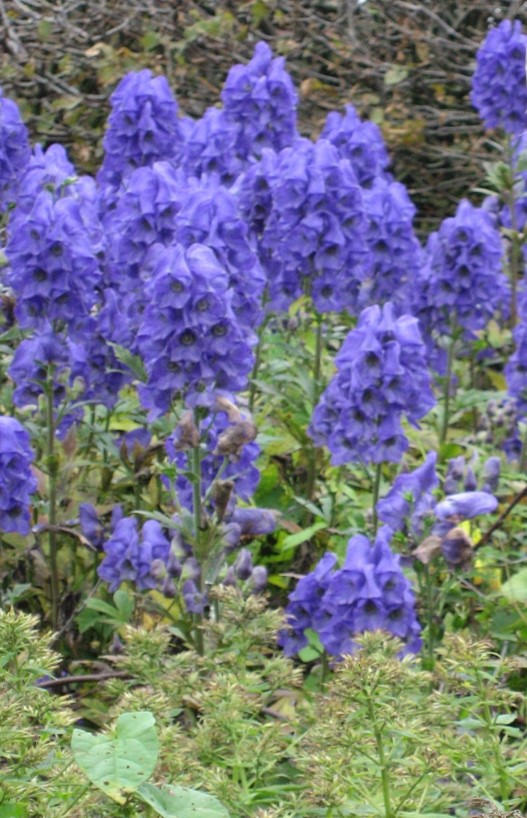 If you do this then, certainly in this country, you can usually treat a chalky soil as you would a sandy one, since they are often free draining and dry. The number one tip for chalk soil gardeners though is under no circumstances try to “fix” your soil by adding acidic topsoil or some other agent to try and alter its Ph; in chalk rich areas there will be literally millions of years worth of calcium carbonate in the ground and it isn’t going anywhere soon. Keep to the alkaline loving plants and as ever add a little organic matter to help things along and a chalky soil can be just as rewarding as its mellower relatives.