Plant of the Month – February

I was visiting one of my gardens in Surrey the other day and as I approached the front door was struck with a wave of beautiful scent that could only be described as delicious.  Commonly called Christmas Box, Sarcacocca is in full flower at this time of the year.  It may not be the most spectacular plant in the garden but you don’t plant individual plants for their visual impact. 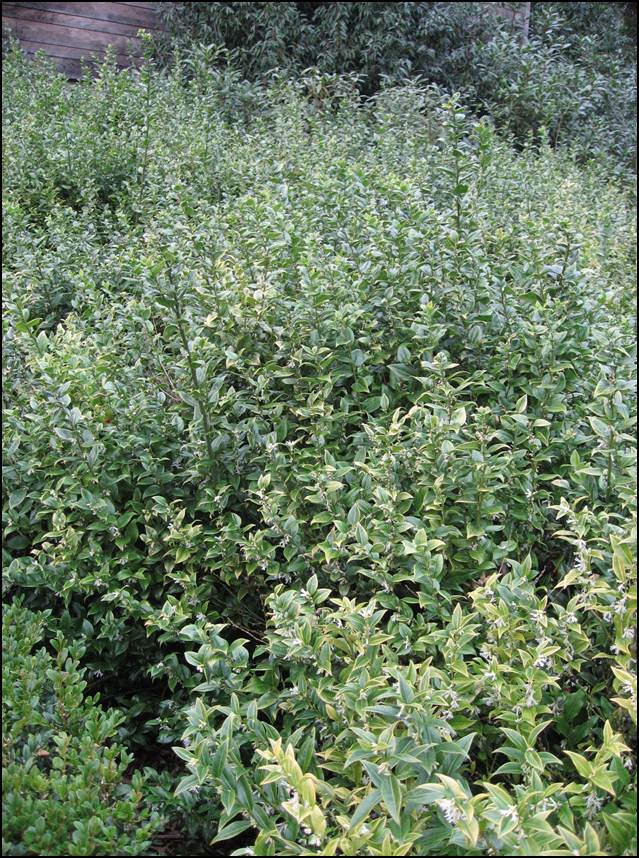 Having said that, it is a most versitile plant with the added bonus of that superb scent.  In the Surrey garden, I have planted several plants close to a Cornus mas bush.  So if one doesn’t get you, the other will certainly do so.  It too is coming into flower with its pretty yellow witch hazel like flowers thatfills the garden with a wonderful honey scent.  The profuse flowers sprout straight from the bare branches.

As shown above, Sarcacocca makes good hedging or when planting in groups an effective evergreen groundcover plant.  The particular shrubs shown above were planted on a bank to form a uniform, easily maintained feature.  Held in by a border of box this is very striking and then of course you get the bonus of the scent now.  The flowers are quite unassuming but boy do they pack a punch.  The advantage is you don’t need to dead head them!

The unassuming flowers of  Sarcacocca

Shortly after flowering in early March, the shrub offers up a heavy crop of dark berries that are a welcome source of food for the birds.  For us they are an attractive understated point of interest. 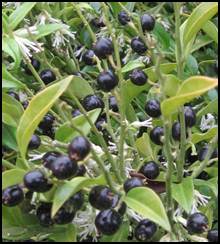 Sarcacocca is a pretty versatile plant with regard to aspect as well, being successful in both sunny and semi-shade conditions.  I have used this in many designs but one that is notable was in a garden of a nursing home in Dorset where the easily maintained plant was a real favorite of the elderly residents whose eye-site wasn’t what it used to be.