The Use of Gardens in the Care of Dementia Sufferers

My late mother in law, Rose was a great gardener.  She packed her small garden with both flowers and vegetables which gave her a great deal of pleasure.  Every sunny day was an excuse to get out into the garden and potter.  She much admired the TV gardener Geoff Hamilton and so when they launched the Geoff Hamilton rose, that took pride of place in the flower bed and during its flowering season, we all had to come and admire its beauty.

All of our gardens are full of plants that we have bought from the garden centre when we have no idea of where we are going to put them(yes I do that too!), perhaps when we went out on a enjoyable trip with family.   There will be plants given to us by friends that come with their own stories and even plants we have lovingly brought on from seed that found itself into our pocket after a trip to a garden somewhere.  What is certain is that the garden is not only full of plants but also full of memories.  So it was with my mother in law’s garden.

Although we had growing suspicions, it was when she failed to recognise her partner and soul mate of sixty years that we knew something was very wrong.  She refused to accept she had a problem and her paranoia that we would put her in a home resulted in an absolute refusal to visit the doctor – another symptom.  Her slide into dementia, I have to say was one of the worst experiences of my life.  The living hell this dreadful condition put her and her family through is unsurpassed.  She was so frightened.  A house full of strangers, in her mind,  moving and hiding her possessions and not knowing how to do things she had done for years made it worse.  Her one area of solace was the garden.  A gentle walk in the garden helped her link some memories with the plants that she associated with them.  It was such an important but brief relief for her.

For anyone either suffering from or caring for someone with Alzheimer’s or Dementia, the benefits of being in the garden are well known.  Spending time in the garden has been shown to help sufferers trigger memories, improve their cognition and remain calm. So what is it about certain gardens that makes them so effective at helping those with degenerative mental illnesses? With new statistics on dementia predicting a rise in sufferers in Britain to over a million by the year 2021, I looked into the ways in which gardens can be used to help those dealing with these illnesses. 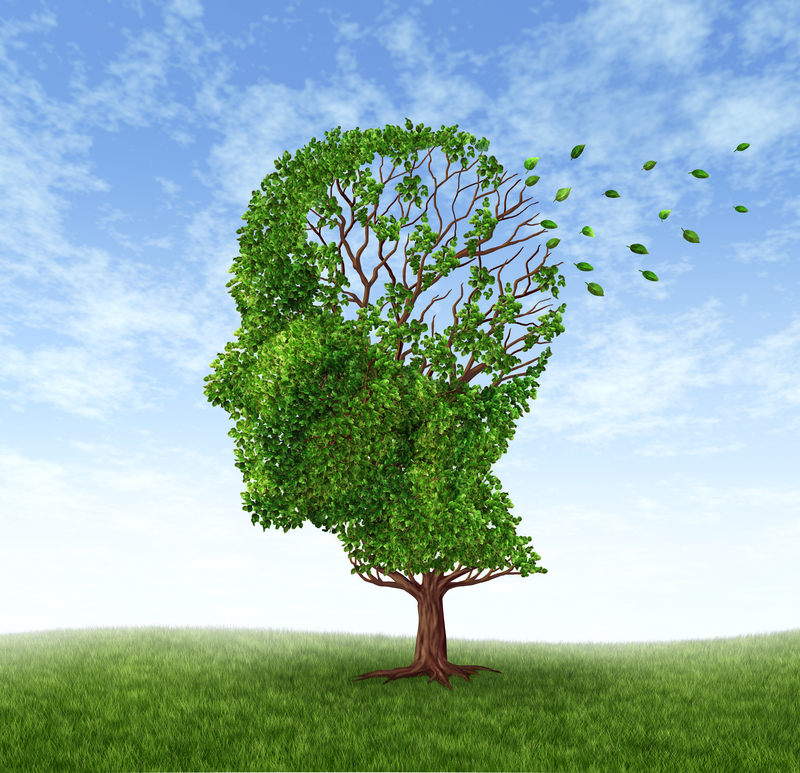 What does a dementia sufferer need from a garden?

First and foremost a garden for any elderly or disabled person should be safe.  Ease of access to all areas of the garden is vital to ensure the safety of those using it as well as simply allowing them to use it.  This can be achieved with anything from adding ramps into the garden for those with mobility issues, to ensuring clear and distinct pathways leading to the various parts of the garden.  At the same time the mental state of those using the garden has to be taken into account; often dementia sufferers will forget where they are and become easily disoriented, they may also become panicked if, for example, they see a view of a lot of people milling about.  This can make designing a garden specifically for sufferers even more challenging since there is no way to predict how and when their illness will affect them, but there are ways to tackle this.  Designing views that do not overlook busy areas is a good idea; keeping the vista away from play parks and delivery entrances , for example, sounds simple enough, but care has to be taken to make sure that people are not often walking through the view on their way somewhere either, so routes through the grounds and even footpaths need to be considered. Making paths and walks through the garden circular is also good practice; this way you make sure that even if someone loses their way or suddenly forgets where they are, following the path in either direction will lead them back to the beginning.  This also works well in keeping someone prone to wandering away from gates and similar exits, keeping such exits from the garden hidden behind shrubs or trees is also a sensible plan.  The placement of seating at points around the garden is also a good thing to do.  It allows the person to sit and see the same familiar view each time, encouraging enduring memories.

The Therapeutic Side of Things

The garden can have remarkable healing effects for those with mental illness but can be especially beneficial to those suffering from dementia.  The sights and scents of the garden provide stimulus to the mind and can help to encourage cognition in those with early stages of dementia. For those in later stages the garden can be a place of comfort and security in which to rest and benefit from soothing features such as water or wildlife. However, not all gardens are ideal for those with dementia, not just because they may be unsafe but because they are unsuited to the purpose.  For example, many people think a herb garden would be a good idea for a relative with dementia since they are fairly easy to maintain and much of the plants can be used and enjoyed not just as plants but as herbs. Unfortunately for the elderly and especially those with degenerative neural conditions, this is not the best option.  Herb gardens may be useful but they do not provide much immediate stimulus, which is what we need to keep interest up and get the mind engaged.  The best options for planting in a therapeutic garden are those that are vivid and noticeable, also plants with interesting foliage that can be touched and felt, the key to such a garden is sense and interest.  The reason for this is not just that those using the garden will have trouble focusing on anything more subtle, but also because they may simply not see as well as they used to.  Many elderly people prefer low maintenance, colourful or otherwise interesting plants for this very reason.  Of course such a garden is even more effective in helping sufferers if they are becoming actively involved, so a good step to take is making sure there are accessible parts of the garden that can be planted or tended easily even by those with mobility issues.  This is easy enough to achieve through the use of raised beds that can be easily tended.  Obviously it is important to make sure any plants in the garden are non-toxic and safe to be tended by someone who may forget to take precautions, just as it is important to ensure safety and ease of access to the planting area itself.

By following this design ethos of interest, activity and of course safety, a really special garden can be created, one that is not just pretty to look at but that can genuinely and very directly help those with dementia and Alzheimer’s.

Rose died in the arms of her family on a sunny day with her favourite Geoff Hamilton rose in full flower.  She would have liked that.